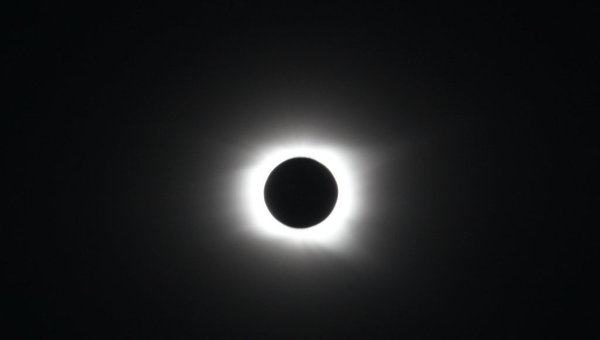 Unless you’ve been living under a rock recently, you were probably aware of the spectacular solar eclipse that traveled across the continental United States from coast to coast Monday. If you were lucky enough to be situated in the path of totality like I was, you probably witnessed an event you will remember for the rest of your life. Nicknamed “The Great American Eclipse”, the solar spectacle that took place this week was the first solar eclipse visible in the continental United States since 1979, and the first coast-to-coast solar eclipse since 1918. For many people, this would be the only time in their lives they would be fortunate enough to witness such an event. Not surprisingly, there were a lot of events going on the day of the eclipse to celebrate the event.

One such event that I attended was historic in the world of sports. My hometown baseball team, the Salem-Keizer Volcanoes, hosted the first baseball game in history to have an ‘eclipse delay’. With an unusual early morning start time, Monday’s game vs. the Hillsboro Hops was interrupted in the middle of the first inning so that players and fans could watch the eclipse. Not surprisingly, the event was a financial and promotional success. The game attracted the largest non Independence Day crowd in the team’s history and representatives from NASA, ESPN, CBS Sports, Sports Illustrated, Inside Edition and many local media outlets were all at the ballpark to document the event. The balls used for both the first pitches before and after totality were retrieved and are to be sent to the Baseball Hall of Fame in Coopersville, NY. People from at least 34 states and seven countries were in attendance. Simply put, it was a baseball game that many will remember for the rest of their lives.

So, if a Minor League baseball team can host a game with an eclipse delay. Why shouldn’t a racetrack host a race with a red flag for an eclipse delay? Monday’s eclipse has come and gone, but 2024 brings another great eclipse and an opportunity to experience it from one of the greatest racetracks in the world. 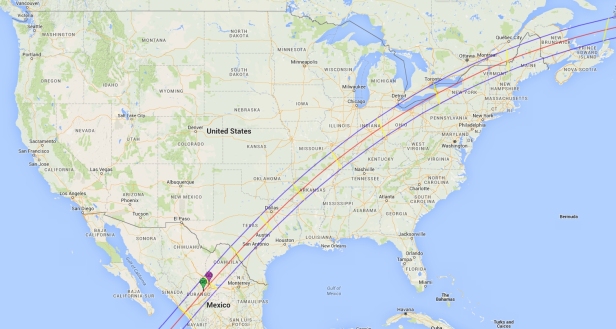 The path of totality for the April 9, 2024 eclipse will run through Texas, Oklahoma, Arkansas, Missouri, Illinois, Kentucky, Indiana, a small portion of Michigan, Ohio, Pennsylvania, Upstate New York, Northern Vermont, New Hampshire and Maine. Looking at the path, it appears that many large racetracks will miss totality by only a few miles. Watkins Glen is one, and Texas Motor Speedway and Gateway International Raceway are also tracks that will just barely miss totality. Four major tracks, however, will experience totality. Mid-Ohio, Eldora, Lucas Oil Raceway and the famed Indianapolis Motor Speedway all lie within the direct path of totality. If one of the aforementioned tracks held a race, even if only an exhibition race, fans would certainly arrive in droves.

But no track would attract a bigger crowd than Indianapolis. So why shouldn’t the Indianapolis Motor Speedway and the Verizon IndyCar Series hold an exhibition race on the day of the eclipse? The name Indianapolis is associated with auto racing, and should the speedway host an event, many major news outlets would surely cover it. The speedway and the sport would likely receive more publicity than most races on the schedule receive, and possibly more than the Indianapolis 500 itself would receive that year. Should there be cars on the track, their sponsors would receive a good amount of publicity as well.

Of course, putting on a race just for the eclipse would be a complicated and expensive task and many traditionalists would squirm at the thought of a second oval race at IMS a month and a half before the Indy 500. I agree that these are valid concerns. The race doesn’t have to be an IndyCar race, nor does it have to be on the oval. A stockcar race or an IndyCar race on the road course would work as well. But, in my opinion, if the general public is going to watch special a race at IMS, it should involve open-wheel cars racing on the oval. That’s what the speedway is famous for after all. Why not run a short, 200 mile non-points race and sell a bunch of $20 general admission tickets that each come with a pair of eclipse glasses? If the speedway printed a bunch of t-shirts and opened up some of the concession stands even more money could be made. The cars could even have special paint schemes commemorating the event.

But then again, maybe I am getting ahead of myself. The next eclipse is still over six years away. Who knows if any track, let alone Indianapolis, would host an eclipse delayed race then. But whether it be at the most famous race track in the world or a local bullring in a small town, if a track decides to promote an eclipse delayed race, I plan to be there in the stands.

One thought on “Racing in the path of totality?”